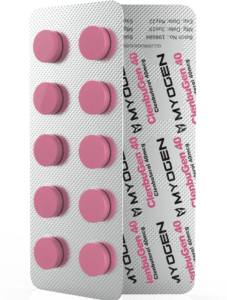 Tablets of Clenbuterol by Myogen

It’s very rarely that you’ll actually find a wealth of individual cases regarding the use of either anabolic steroids or fat burning compounds. Even when athletes / celebrities are caught using them, it’s not often that the full details will be released.

Clenbuterol is one of the very few compounds that has actually been “outed” as being one of the driving forces behind the results experienced by several celebrities and athletes.

This is probably due to its versatility as a slimming aid – whereas a substance like anadrol obviously isn’t going to feature prominently amongst the dietary and training regimes of the Beverly Hills elite and high level performance athletes; clenbuterol and other fat burners would theoretically be far more commonplace due to their designed purpose and the needs of those who form those social niches.

What follows is a list of well known clenbuterol users.

Australian Lucas Browne is a former WBO heavyweight champion who got stripped of his title after testing positive for clenbuterol. He also faced a 6 month ban from the sport.

Browne claimed that he tested negative 5 days prior and that the clenbuterol must have been placed into something he ate, rationalising that a heavyweight boxer would “not need” to take a fat reduction drug.

There is no way of discerning the truth, though clenbuterol could be used by a boxer as a means of making weight should they be over the limit under normal circumstances.

Whilst there is a minimum weight for the heavyweight division, there is currently no maximum weight. His statement makes sense, though there is no means of ascertaining the truth of the situation

Carter Ashton is a member of the Toronto Maple Leafs NHL team – he tested positive for clenbuterol and was banned for 20 games including a loss of $169,185 in salary. Ashton claimed that he ingested clenbuterol as a result of using another athlete’s inhaler to resolve some breathing difficulties he was having in or after practice.

This statement is highly suspect however; owing to the fact that clenbuterol isn’t widely available in an inhaler format (if at all.) Albuterol on the other hand is widely available (including as an inhaler) and is the U.S legal variant of clenbuterol, although the substances are not the same, nor do they show up as being the same on a drug test.

This makes the chances of Ashton using an inhaler variant of clenbuterol highly unlikely. It would make sense for him to have used an albuterol inhaler, but in this instance he wouldn’t have tested positive for clenbuterol use. 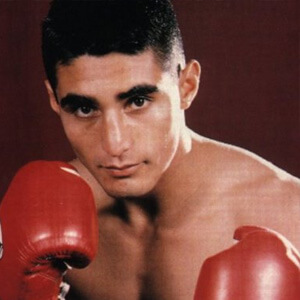 Erik Morales tested positive for clenbuterol use in October 2012 prior to his fight with Danny Garcia.

Interestingly, it was the USADA (The United States Anti Doping Agency) that were brought in to perform the testing for this fight and their tests yielded two positive results one on October the 3rd and one on October the 10th. Despite this; Morales was still allowed to fight and it wasn’t until March the following year that the USADA sanctioned him for a period of two years, many months after his fight had already taken place.

Whilst this late sanctioning makes little sense – the decision to let him fight may. Morales claims that he ate clenbuterol contaminated meat in Mexico, which is why his result came back as positive. It is actually illegal (now) in the U.S and Europe to give clenbuterol to livestock that is being distributed to humans, but no such law exists in Mexico. As a result, it’s entirely plausible that Morales was telling the truth; either that or he was told to make this statement owing to the exceptional circumstances surrounding the scenario. 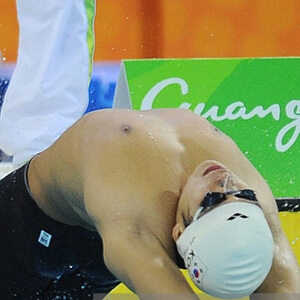 Ji-Heun Kim is a highly revered figure amongst the South Korean swimming community and has enjoyed a fruitful career to date.

During an out of competition test on May the 13th 2014 he tested positive for clenbuterol use. This came as somewhat of a shock being that South Korea doesn’t have much of a history in regards to drug use within sports.

Stranger still is the fact that clenbuterol wouldn’t be particularly advantageous for those who compete in a sport of this nature save for a marginally beneficial effect on respiratory function, if any at all.

Whilst the circumstances surrounding this scenario are largely unknown, the outcome is; he received a two-year suspension for his positive result.

Guillermo Mota plays for the San Francisco Giants and actually got caught once before for doping, though he was only suspended for 50 games at the time.

On this second occasion, he was suspended for 100 games after testing positive for clenbuterol. This is another slightly strange discovery, as clenbuterol really has no place in terms of enhancing athletic output within baseball.

Needless to say, a second offence dictates that this was no accident and Guillermo knowingly ingested the substance. 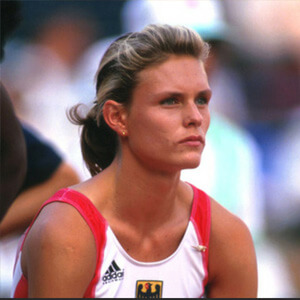 Both Katrin Krabbe and her teammate Grit Beuer of the German Athletic team both admitted to taking clenbuterol as they were allegedly told by their doctor that it was not a banned substance.

In Germany, clenbuterol itself (at the time at least) was not on the list of banned substances, though several of its derivatives (as manifested within the body after ingestion) were. This would ultimately mean that clenbuterol “transformed” into a banned substance within the girls bodies leading to a positive test result. A large degree of understanding would perhaps be owed towards the girls under these circumstances if it wasn’t for the fact that a mere month earlier they had been cleared of a four year ban in relation to manipulating random test results in South Africa.

As such, this “double whammy” makes it almost impossible to believe that the same two individuals did not know precisely what they were doing when it came to administering clenbuterol.

Perhaps the most shocking entry on the list, Britney Spears was a self confessed clenbuterol user who actually checked herself into hospital following the admission that she was addicted to clenbuterol.

This was far from the only struggle she had at the time, but she felt that addiction was bad enough to warrant medical attention.

It is not known whether or not Britney returned to using this product over subsequent years; there was no legal sanctioning of any kind in this instance being that one cannot be “banned” from being a celebrity!

The list of alleged clenbuterol users is actually rather rich and includes huge names like Lindsay Lohan, Victoria Beckham and Nicole Ritchie to name but a few.

There will doubtless be countless more out there as a result of clenbuterol being able to “translate” almost perfectly into any scenario where weight loss is the primary goal.